‘Finding the beauty in that visceral environment and how the two interact with each other is always fascinating to me. Even at a young age, when I didn’t understand art, [I knew] THIS was ART.’

Solomon has been working in the industry for five years in New York City, as well as internationally. Shooting short films, feature-length movies, as well as videos for brands and artists has brought him the insight of understanding the needs of all types of stories and genres. In 2014, Jamal won the Zeiss Precision Image Award, and recently, his contribution behind the camera on the short film Flowers,  for the film to win Best Short at the American Black Film Festival. It is now slated screen on HBO until the summer of 2017. For Jamal, these achievements inspire him to move forward and strengthen each and every frame.

“The study and story of light and its touch on each film I work on is what drives me to this art form. It is my passion and my mission.”

Collage artisan, Clymenza Hawkin’s work resonates metamorphosis within the realms of a woman’s soul. She restages faerie/folklore in visual narratives featuring Black women as heroines. She photographs real women, then through cut paperwork and photomontages, Clymenza recreates their images in telling a story. One of her notable concepts is the cover cd of Erykah Badu Live as a Butterfly WomenFolk.

One of her notable concepts is the cover cd of Erykah Badu’s Live album as a Butterfly WomenFolk. Clymenza continues to combine other world cultures and histories that reflect mythical and magical perspective on reality in her art. 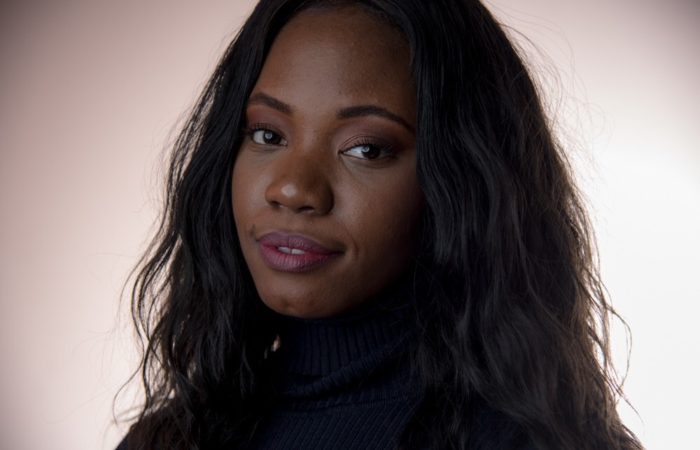 Parker Grey aka Jennifer studied Fashion Merchandising at Berkeley College and Wood Tobe-Coburn where she graduated from in 2015. After graduating, Parker entered the world of Public Relations working multiple fashion shows during NYFW with designers like Cushnie et Ochs, Greg Lauren, and Zimmermann.

Today, Parker is the Brand Developer of Sultry Wardrobe, an online boutique started by herself and her close friend from college. She also consults with small brands and assists stylists on shoots.

OBC’s NY theatre work includes the musical COLORS: Dream Of the MASTA, as well as Disney Theatricals’ first workshop of The Lion King Jr.. His fine art photography collections include musings on Black Masculinity (A Private Moment and CLOUD NINE); and his fashion editorial, Black Americana: Island in the Sun, appearing in Black Italian Vogue.

Reed Adler is a production sound mixer, who has been part of the Silver Sound team since graduating from NYU’s Tisch School of the Arts in 2009.  As a sound mixer, he has traveled the globe recording audio for clients such as Vice, HBO, MTV, Comedy Central, Nike, NBC, Food Network, Nat Geo, Can Am, and dozens more.

A founding member of Silver Sound, Emmy Award-winning Cory Choy has been pushing the audio limits since 2003.  He has crisscrossed the globe with the likes of director and activist Lara Lee, explorer and TV host Richard Wiese, and trouble-and-movie-maker Andrew Wonder as a production sound mixer; he has been supervising sound designer for folks such as indie horror legend Lloyd Kaufman and actor/producer Max Casella ; and he has mixed countless commercial spots, animations, documentaries and narrative films for people and companies from fine artist Josh Azzarella to director Musa Syeed to Pitchfork Magazine.

Driven by a desire to excel in his craft and a belief that he can always learn more, Cory has never been afraid to go off the beaten path: he was an early adopter of both Sony Vegas and the groundbreaking DAW REAPER from Cockos, has been a proponent of the game-changing ZaxcomNomad, and is constantly searching for and thinking about new and better ways to record, edit, create, and mix sound.

Dave Francis, who joined Technicolor PostWorks New York in 2009, tackles episodic television, feature films, commercials and any other projects that come his way, primarily as a dailies colorist. He enjoys the opportunity to work directly with directors, cinematographers, DITs and other production staff and apply his more than 15 years of experience and discerning eye to their imagery.

A New Jersey native, Francis began his career with Manhattan Transfer (later Company 3) and quickly rose through the ranks to colorist. He later spent two years in Dallas at Filmworkers Club. His credits include the television series Sex and the City and the Mad Men pilot, the feature thriller Deception and television spots for such brands as Coors Lite, Home Depot, McDonald’s and AT&T. An avid boater who likes to water ski and relax on the water, Francis divides his leisure time between the New Jersey lakes and raising his young daughter in Long Island.